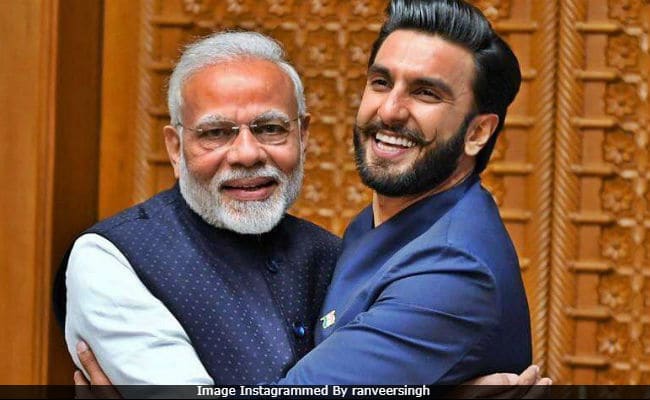 In the U.S., it is just the assumption that celebrities lean left, some further than others. I subconsciously took this assumption with me as I became interested in Bollywood and Indian celebrity, just as the Modi years were kicking off. Bollywood already at most was apolitical but, since Modi took office, many of those in the film industry have become ever more closely aligned with the Indian state, particularly as it functions under a charismatic, nationalist, majoritarian leader.

I watched as actors breathlessly took photographs with the Prime Minister in his office. I watched as film after film released, espousing strongly nationalist, hyper masculine understandings of Indian history and events. I listened when stars parroted problematic rhetoric about the state of minorities. These new movies make Lagaan look like the fever dream of a multi-culturalist. Still, I had the naïveté to be floored when Vivek Oberoi announced that he would play P.M. Modi in a biopic set to release at none other time than during India’s months long elections cycle.

Putting my issues with biopics about people who are a) very much alive and b) still working in the careers depicted, this movie was clear-cut propaganda. There would be no nuanced portrayal of Modi’s early life, his marriage, his governorship in Gujarat, or his devout faith. It is hardly a biopic and more a hagiography, as was quite clear from the beginning of its promotions. Just as liberal actors and producers in the U.S. are accused of doing with the radical left, the Indian film industry seems to be throwing its power and influence behind the explicitly pro-government, hyper-nationalist agenda of the Bharatiya Janata Party.

It’s become a bit of a meme now that any and all accomplishments by India will shortly after be made into a film starring Akshay Kumar. In the past few years, the actor has almost exclusively made films about war heroes, local humanitarians, police officers, athletes, and historical figures. Even in other roles, he’s likely to take a break from lover/leading man to wax poetic on things like the invention of the numeral zero by an Indian. (see, Desi Boyz) Akshay Kumar movies assume that the West’s biggest problem is misconceptions about India, when the West’s biggest problem is not thinking about India at all. More on that some other time perhaps.

Look, I like Akshay Kumar. I like that he highlights Indian history and accomplishments (shout it from the rooftops!). But the messages often lacked nuance and now he’s not just a patriot, he’s morphing in to a mouthpiece of the state. In the weeks before this year’s elections, Akshay released a “politics free” interview he conducted with P.M. Modi, in which they discussed such pressing topics as favorite fruits, feelings of anger, and the common cold. The eye-rolls of Indians at this reverberated around the world, but Akshay protested that he was simply humanizing the country’s leader, giving the nation a break from politics and such exhausting exercises as asking hard questions of the most powerful man in a country of 1.2 billion. If his movies did not have such a clear bent toward BJP policies and hyper-masculinist nationalism one could almost think it a sweet gesture. But why not humanize Mamata Bannerjee or Rahul Gandhi (well let’s be honest, he probably shouldn’t talk more).

To go back to a comparison with the United States, there are often accusations that Hollywood shuts out and persecutes conservative voices, that it alienates their ideas, and shunts them off to the Hallmark Channel and movies produced by Bible Belt megachurches. What happens, then, to Indian celebrities that criticize any part of the Indian state or society? Because it seems the situation now is that not only is Modi off limits, any pointing out of issues within the country is read as hostile and anti-national.

Celebrities, like any other citizen of a democratic nation, are allowed to and should have their own opinions and ideas and they should take those with them to the ballot box. They can even express those ideas in public and in their art. But citizens who have an enormous amount of influence over others (especially this many others) should be circumspect about allowing their own views to supplant the real backbone of democracy: open, informed, discourse.

Welcome! This site is for those who who are new to Bollywood as well as those who already love it.